K2 Communications, a Peppertree Company, was created in 2018 to continue the wireless service, installation, and project management services provided by CSC Management. CSC was started by the late Charles Sackermann in the 60’s. Mr. Sackermann was a visionary and saw great potential in the “new wireless frontier.” Mr. Sackermann, who was in the paging and wireless business, saw great potential in the Armstrong Tower and began leasing space on it. 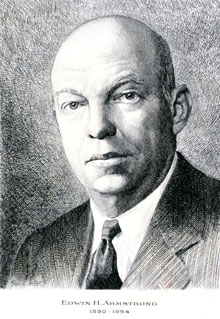 Railroad and tugboat communications were some of the first customers he brought to the tower. In the mid-1970s Mr. Sackermann purchased the tower through a partnership with UA-Columbia Cable Television, Inc. forming The Alpine Tower Company. Mr. Sackermann’s Tele-A-Page Communications would lease space on the tower to wireless customers while UA-Columbia used the tower as the hub of a microwave relay network for cable television signals. Fiber optic cable eventually replaced microwave as the preferred means of transporting cable television signals and UA, which had become TCI Cable, sold its interest in the facility to Tele-A-Page, which sold its interest to K2 Towers, also a Peppertree company.

Over the past few decades, the team at CSC and been involved in many complex projects. Dating back to the first trade center bombing in 1993 to the 9/11 emergency. During both events, our team took part in recovery efforts for critical government entities as well as national broadcasters. Additional projects included the complete rebuild of 30 Rockefeller Center in NYC (NBC’s Headquarters), expansion and refurbish projects for the FBI, NOAA Weather and other utilities. Recently the team has been retained to build a series of weather radar facilities for a national broadcaster. Similar projects include upgrading ENG systems, building Ip Camera facilities, managing cell site upgrades and new installations.

The team prides itself on doing it “right the first time” and on “going above and beyond” for our customers. With offices in Alpine New Jersey and Chagrin Falls Ohio, K2 Communications provides service today to an assortment of Fortune 500 companies as well as multiple government agencies.