Over the last year, The Federal Communications Commission (FCC) has been preparing for a major reallocation of spectrum in the C-Band. The proposal highlights efforts to have the 3.45-3.55 GHz spectrum ready for 5G implementation across the country. Auctions of the re-purposed spectrum will begin in December of 2020. Migration must be completed by December of 2023. When the re-allocation is complete, the Satellite Downlink portion of the C-Band spectrum will be reduced from 500 MHz to just 200 MHz.

Purpose of the Reallocation

This proposal supports FCC’s planned 5G implementation alongside other efforts such as an upcoming auction for the C-Band spectrum.. It is the FCC’s opinion that clearing this band for 5G use will close the United States’ Gap in 5G coverage by providing mid-range coverage.  This mid-range band is ideal for medium distance communications providing medium throughput. Higher band frequencies provide greater capacity over shorter distances, while lower bands provide lower capacity over long distance.

Future 5G networks will consist of mixed topologies. Very small cells operating at high frequencies will provide users within a few hundred feet with download speeds equaling or surpassing WiFi. These access points will be ideal for high density user environments, such as parks, stadiums, and airports, but require line-of-site to the end user.

Medium cells operating in the mid-band will provide more-mobile users with WiFi like throughput further away from the access point. The Mid-Band has greater penetration through materials like glass, leaves, and sheetrock than do higher frequencies. These frequencies also experience less rain fade.

Macro cells will continue to operate lower spectrum frequencies to provide users with 4G like throughput at longer distances and where line-of-site is not possible.

Many current C-Band operators will have to consolidate their services as the available C-Band downlink is effectively cut by almost two-thirds. In some cases, services can be moved to terrestrial fiber, but satellite is always the ideal choice for temporary or mobile uplinks (special events) or services in area with undeveloped or unreliable infrastructure. Fiber will never be able to serve ships at sea, which will always be dependent on satellite communications.

K2 Communications has over 45 years’ experience in the integration of Broadcast technologies. We stand ready to help outfit your antennas for the upcoming 5G changes mandated by the FCC. We can assess your current allocation and identify channels that must be migrated within each time frame as indicated by the FCC order. We can help you plan for these migrations and provide required technology such as filters and low noise amplifiers.

K2 Communications also has a terrestrial IP-Based transmission system that may make up some of your lost satellite capacity and provide greater redundancy.  In test scenarios, we have helped our customers reduce their monthly operating cost by moving some critical traffic to fiber, freeing up costly satellite bandwidth.

Abstract Satellite Communications was first conceived by science fiction writer, Arthur C. Clarke in 1945 after observing the power of German V1 and … 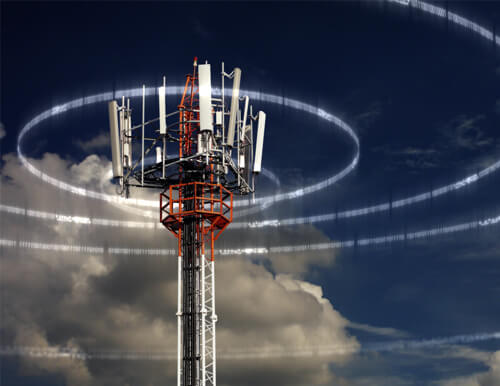 Corporate Satellite Communications Florida, Inc. is pleased to announce it has signed a long-term contract extension which includes expanded service …